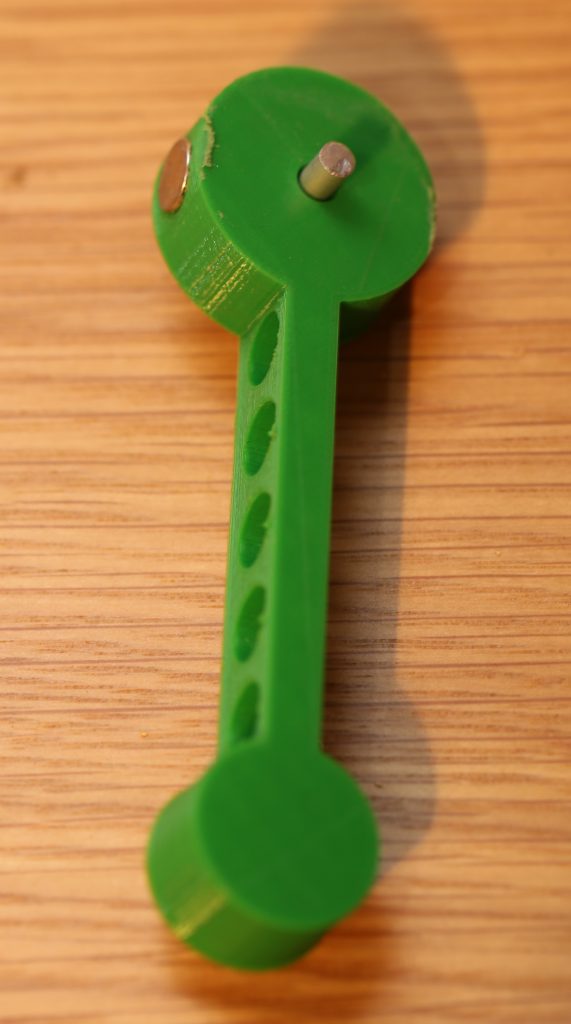 Here I had eliminated the long shaft, and with it the possibility of the hammer head just dropping off.

I also fell for one of the mistakes in designing for 3d printing. I thought that by putting holes in the shaft, that the part would use less plastic and print quicker. Both of these are untrue. What I didn’t realise was when preparing a 3d model to be printed, the design goes through a program called a slicer. This converts the 3dshape into a set of movements of the printhead. Part of this conversion typically hollows out most of the interior, leaving just a honeycomb structure which is typically 80% air. By adding the holes, I had removed a small amount of the inner honeycomb, but added a lot more of the solid outer shell.

I still had it in my head that the hub had to be a cylinder. I just couldn’t see that a part that rotates did not have to be round. That lead to me printing the hammer on its side, and so having a wide shaft to avoid support structures. 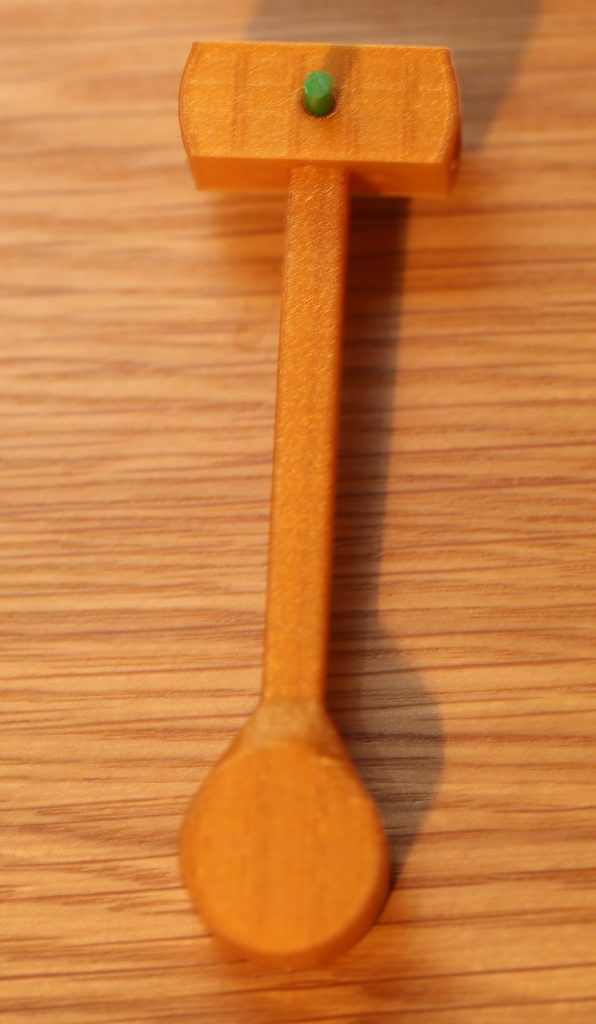 Now the penny had dropped about the circular hub. This meant that I could print the hammer with the top flat surface on the build plate and avoid all support structures. Notice that I have changed from the aluminium rod to a piece of filament for the pivot. As well as eliminating the aluminium rod from the bill of materials all together, this allowed a method securing the pivot to the head by squashing the middle of the pivot rod. This flattening out of the rod gives the hole in the hub something to grip onto. This stops the hammer sliding left to right along the length of the pivot shaft.

The next idea was to split the hammer into two parts again, but this time with a springy grip mechanism on the end. This meant that the head could be printed with 100% infill making it relatively heavy compared with the rest of the hammer. I tried various designs of springy grip, but I just couldn’t get it to work reliably. I found the prongs would often snap off, or the plastic would deform over time so that what started as a tight fit would later become loose.