It all started with a video I saw showing an idea of what you could do with a Raspberry Pi. It was a simple child’s toy glockenspiel with a set of solenoids mounted behind. As the Raspberry Pi pulsed the solenoids on, it would ding the relevant notes. It was beautiful in its simplicity but, with all due respect to the creator, it sounded dreadful. The metal against metal hit overpowered the sound of the notes. I half suspected the creator was trolling me. Challenging me to go one up. I bit, popped out to my local music shop, and I bought a child’s glockenspiel with eight bars and eight beaters to go with it. I bought some magnets, some wire, a broomstick, a length of wood and created this: 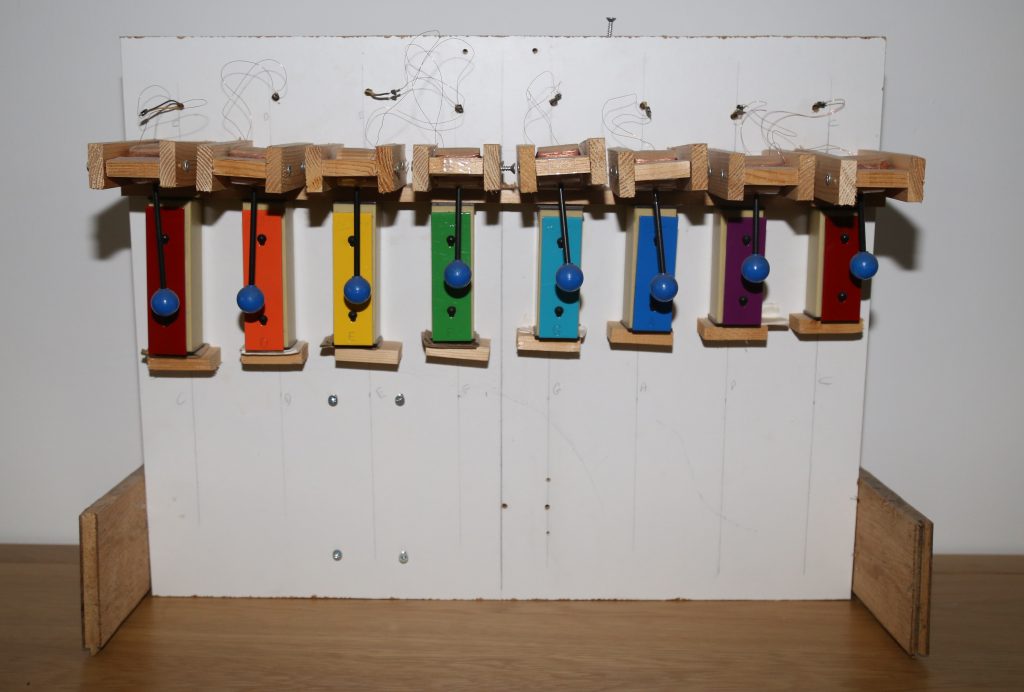 The note mechanism was based on my school day recollections of a moving coil meter. 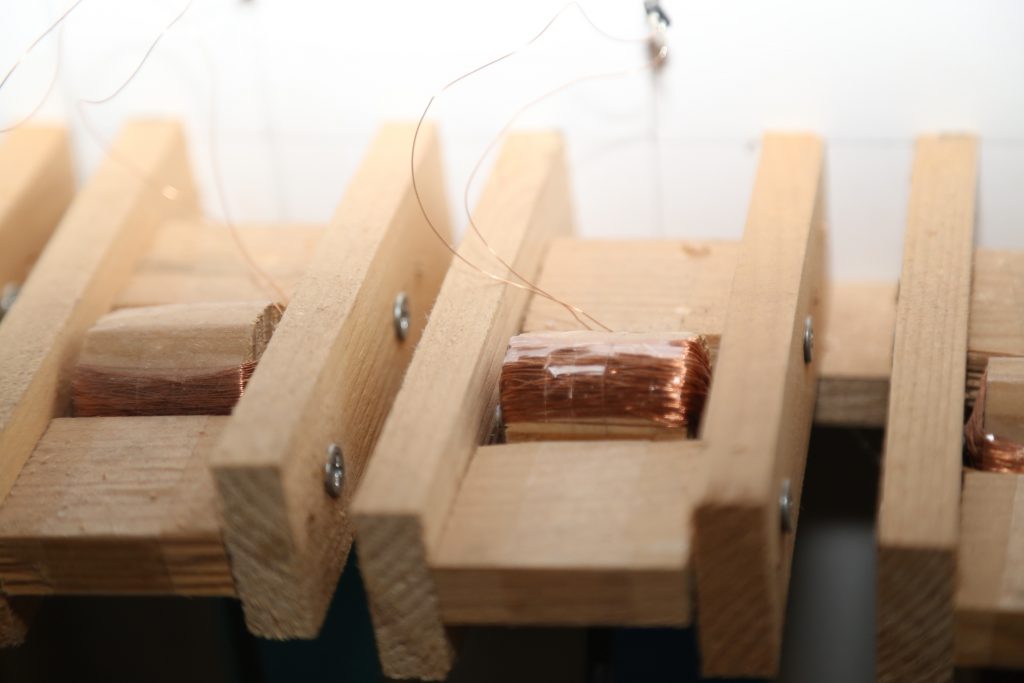 I made up a driver board. 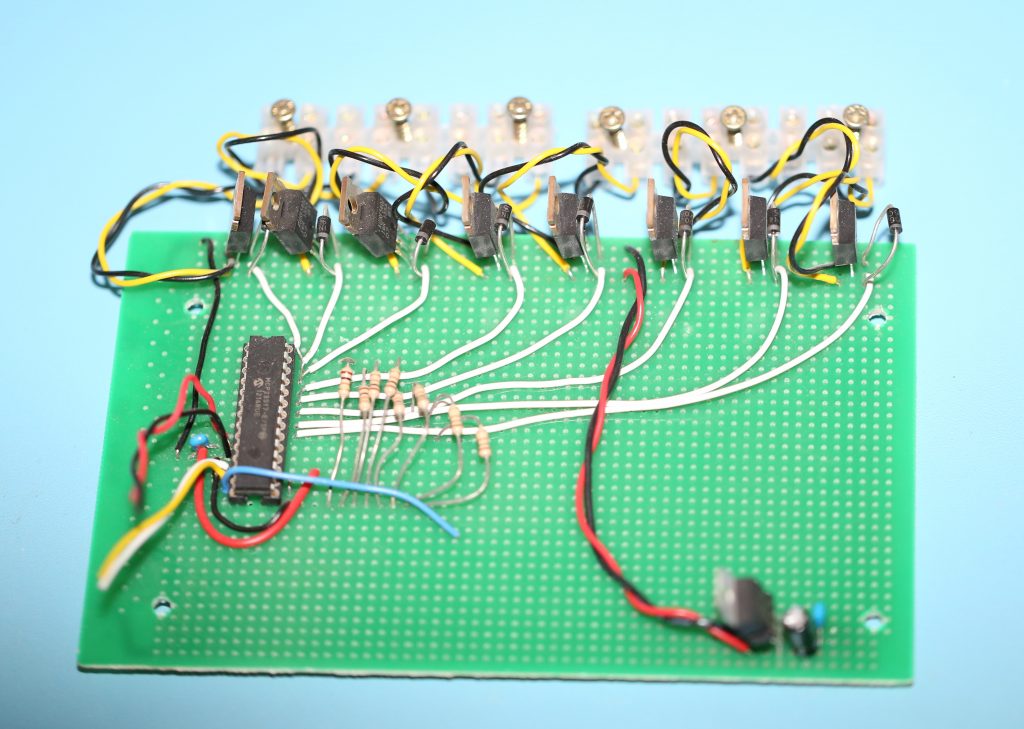 After a few days of fiddling about, it sounded quite reasonable. If only Rodgers and Hammerstein had lived long enough to hear my rendition of Do-Re-Mi. They would have been so proud.

The novelty of this one song soon wore off, so I went back to the shop to buy a child’s book of music that can be played on a child’s glockenspiel. To my surprise, there was no such book. Ok then, how about the next model of toy glockenspiel? It seemed that to double the number of notes, I needed to pay ten times more.

And so there the fun stopped. That was until I came across someone who had made a toy glockenspiel out of copper pipes, elastic bands and a shoe box, and we bought a 3d printer at work.

Next: The first 3d printed part.