You might have thought that since I already had the wooden prototype working, and I now had my own 3-d printer, that I would just print off a load of bits and it would just work right? Well as my early version control repository below shows, it was not quite that simple. 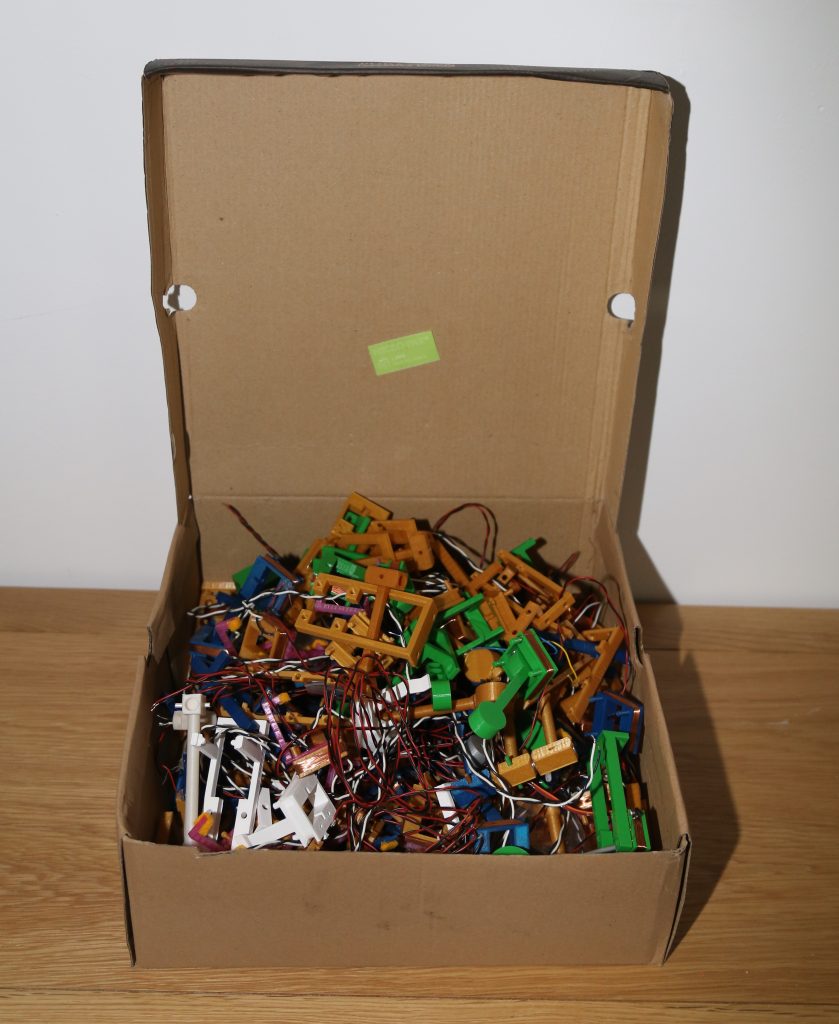 Here is one of my early mechanisms. 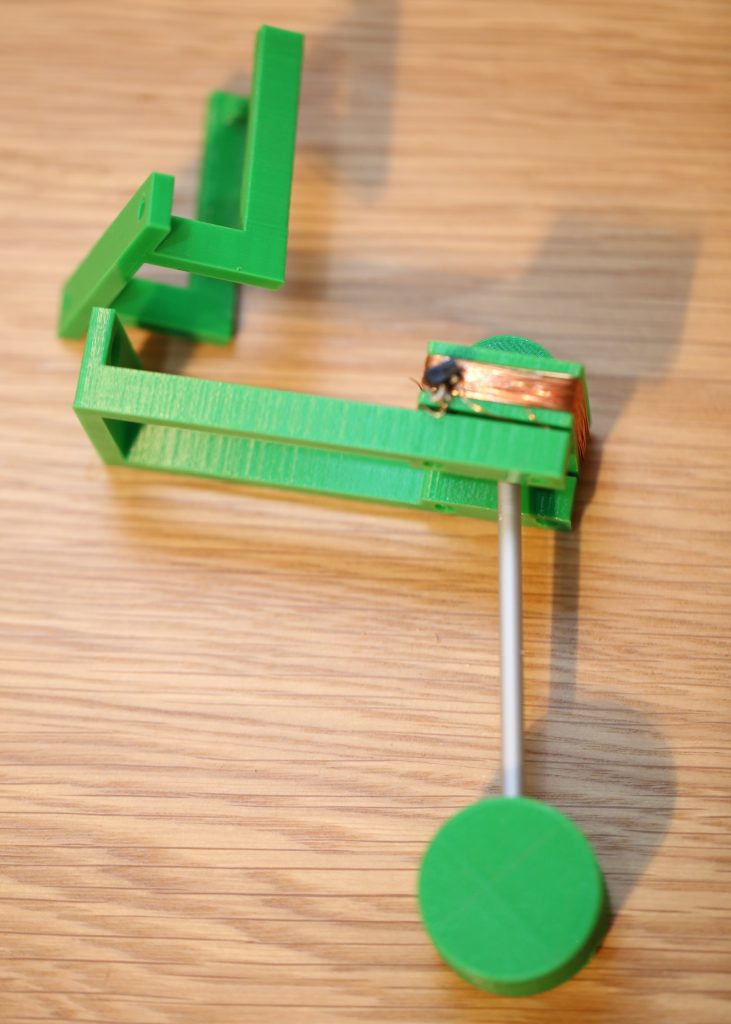 It seemed a good idea that the part that the copper pipe hangs from should be a separate part than the bit that holds the coil in place. That way, all the supports could be the same, and it was just a matter of drilling holes in the right place in the back board. There are two problems with that. Firstly, as you may have noticed before, I am not very good with woodwork. Drilling a hole in the right place is beyond me. Secondly, somewhere between the long notes and the short notes there are some that are just the wrong length so that the two supports need to be in the same place.

At this stage, I thought I only needed a support at the top of the pipe, and that it could just hang down from that one support point. Again, there are two problems with that. The first is that the pipe swings when it is hit. Then, depending on the tune you are trying to play, the pipe is no longer in the right place to be hit a second time. The second problem is that the note sounds terrible. Contrary to what I had assumed, having two support points improves the sound by damping out many of the higher order harmonics.

The shaft of the hammer is made from a length of aluminium rod. There were three things about this I didn’t like. The first is I had to buy more stuff. It’s not so much a matter of cost, as having a longer bill of materials, and more bits lying around that I can’t bring myself to throw away. The second is that cutting the metal with a hacksaw leaves bits of metal all over the place. The third is that I found it very difficult to size the holes to be just tight enough that the parts held together, but not so tight that they break when assembling them. A smooth straight cylinder is quite awkward to grip onto with just friction. Of course, I could have glued the parts together, but that is more stuff lying around. And this time, stuff that goes off.

Next: Other developments and dead ends